Recently I was in a meeting with several legislators who got some advice from former Gov. Arne Carlson. He said we have two problems: one, the budget and the second, job creation. He urged us 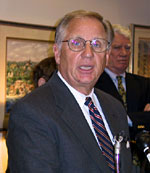 to be as creative as we could about the latter. He echoed the words of State Economist Tom Stinson who said, we face a revenue problem not a spending problem and we need to be cautious about how we reduce spending in this climate especially when it comes to how it has impact on jobs.

First consider job creation is a revenue enhancer – people pay more taxes when they are working, and secondly protecting jobs is easily as important as job creation. Right now government is the only sector in our economy with real potential for stimulating growth. So we should be wary of both cutting spending and cutting jobs.

In good times one can think about increasing efficiency and encouraging government workers to look for work elsewhere if there are jobs out there for them to pursue. But the reality is that in our current situation there are no other jobs. In fact the private sector is cutting back at a faster rate than the government is. So to cut jobs at this time actually throws people into a situation where they will almost certainly go from being a taxpayer to a burden on the system. This means we temporarily save on spending but also cut back on revenue and incur greater spending with the lay off. So really it is one step forward and two steps back.

We need to look at all of our proposals through the filter of jobs. What will this proposal do to over all employment? We cannot let unemployment grow in a time like this. We need to figure out ways that we can take one step back that results in two steps forward. Shrinking the size of government when it is the only sector with any hope of providing needed growth is a huge mistake. 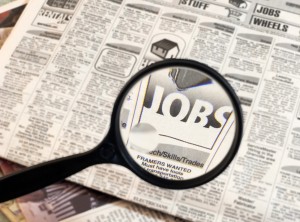 So again we need to put JOBS at the top. That’s job creation and job protection first. Cut spending where it either does not hurt jobs or allows us to spend elsewhere to help create jobs. The Governor is simply wrong in thinking that the private sector can be encouraged to grow through tax incentives at this time. Making government smaller at this time will only make the recovery more difficult.

In this vein I would like to suggest that just as we have put in place an environmental impact statement in front of some projects, we should implement a jobs impact statement for the various budget proposals that come forward. So that we know what the impact on jobs might be if we implement this or that policy. It may not be the final determinant in whether or not we choose a certain policy but at least we will have asked the question. It also encourages us to continually look at how we are doing and puts in place a way to change the way we look at this difficult problem we face. It is important that we not only look at how much money we are saving through cuts as we have done in the past. But look at what will happen if we make these cuts as opposed to some other policy and insists that we take a look at the long-term impact of the choices we consider.