(A series of blogs on our current economic situation)

When you ask the wrong question, you get the wrong answer. That bit of wisdom certainly holds when we face budget deficits measured in the billions of dollars and growing by the day.

Here’s what I mean.

The right question is this: “How can we keep our middle class strong and growing?” When we ask the question this way, we might just come to a very different conclusion. We might decide “Minnesota can no longer afford a hoarding class”.

The very, very wealthy have done remarkably well during the past few decades. As the economy grew, wages stayed stagnant and the incomes of the super rich grew by leaps and bounds. Over 20 percent of the country’s income and wealth are now in the hands of one percent of our citizens.

It hasn’t always been this way. In the mid-1970’s, the top one percent held ten percent of wealth and income, less than half of what they do today. In fact, there has been only one other time I can think of when the fortunate few did so well—1929. We all know what happened shortly after that.

As we scour the globe for governments willing to loan us money for economic stimulus packages, or, worse yet, start printing more money backed by nothing but hollow promises, we must ask this: “Can we afford to have so much money hoarded by so few people?” I don’t think so. If we must choose, I will choose saving the middle class.

Money hoarded by the top one percent doesn’t get spent on consumer goods the way it would if it was in middle class hands. Think about it: the average wealth of the Forbes 400 is over four billion dollars. Could you really spend that much on cars and houses? I know I couldn’t.

This hoarded wealth is protected by incredible tax breaks. Last year’s tax incidence study showed the percentage of income paid by the wealthiest Minnesotans for state and local taxes was lower than that paid by just about everyone else. How much sense does that make in a time when we are cutting 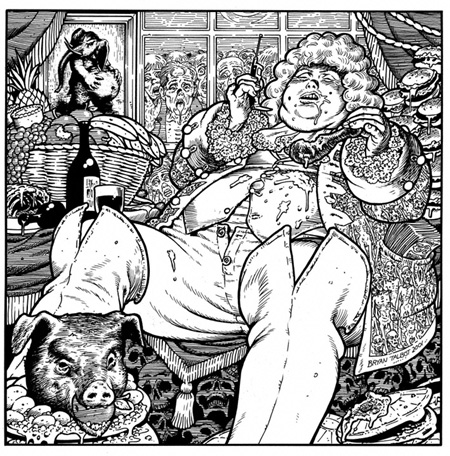 I don’t have all the answers for what to do about a budget shortfall larger than anyone has ever seen. No one does. But this I do know—we won’t get to where we need to be by asking “Can we afford the middle class?” We must ask, “Can we afford the hoarding class?”