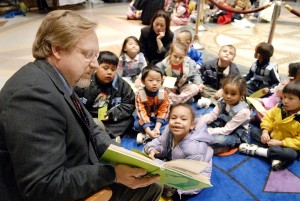 I get frequent calls from my friend David who reminds me that people who work at the nursing home he lives in are underpaid and struggle to make ends meet. I hear from MNDOT contractors who’ve conducted layoffs that decrease their ability to take on the many repairs that our state desperately needs. College students tell me about how they needed a tuition freeze and more money added to the state grant program to continue school. School board members and superintendents say they don’t want to lay off teachers this year, but may have to due to finances.

Last week I met with some folks who work at the security hospital in St. Peter. We talked about some of the incidents that have happened there and how dangerous their job is. The hospital is not hiring new staff. Some workers are delaying their retirement, out of concern for their fellow workers, because the current staff will be subjected to mandatory overtime shifts if others aren’t hired. One worker calculated that for what the state pays out in overtime, they could hire more staff. It seems clear that the mindset that “government spends too much” is affecting them and their ability to do their jobs safely.

So, when I hear some say that “we have a huge surplus” or “we should give it all back,” I find it troubling. Having served in the legislature for a while, I know firsthand that we’ve lived through more than a decade of substantial budget cuts. During that time we struggled with where to cut and how to do the least amount of damage to state agencies and keep other vital services we fund.

This week, my colleagues on the other side of the aisle released their budget plan for Minnesota’s next two years. It calls for cutting funding for health and human services by more than $1 billion and cuts tens of millions from areas that create jobs, make energy affordable, and protect our environment. They make those cuts while also proposing to cut taxes by an astonishing $2 billion dollars. While they didn’t specify who would get the tax breaks, I’m assuming that it will go to corporate special interests because the first bill they introduced this year did just that. They also released a transportation plan that ignores entire portions of the state while paying for it by borrowing billions of dollars and taking billions more from parts of the State budget that would otherwise go to areas like education and health care.

Last week we tried, to no avail, to defeat a bill carried by Rep. Garofalo that would reduce the minimum wage for already underpaid tipped employees. I have been receiving e-mails from unhappy constituents after it passed with comments like: “The service industry wage is a scam, designed to keep the working poor in the hole. Tell Pat Garofalo he should probably plan to exclusively dine in.”

These actions remind me of when the Tax Committee Chair said “we need to put the brakes on” policies that help lower and middle income Minnesotans get ahead. It seems as though many of the advances we made the last two years for working people were just too rich for some. I don’t like sounding this partisan, I only mention this because I am troubled by the growing divide between those who are doing well and those who struggle to get ahead. We need to be careful about “putting the brakes on” before we’ve done enough to help all Minnesotans see some benefit from our growing economy.

I’m interested in building a future in Minnesota where more people can get ahead. That means creating opportunities through education, making investments in infrastructure and supporting vital services like health care. It also means making sure we have a fair playing field, where hard work not only provides enough money for people to support themselves and their families, but allows them to get ahead.

Two years ago, after a decade of structural budget deficits, accounting gimmicks and borrowing from our kids, we finally balanced our budget in an honest way. We made strategic investments, raised the minimum wage and provided tax relief for middle class Minnesotans and homeowners, but we also raised revenue by closing corporate tax loopholes and asked the top 2% to pay their fair share in taxes.

Two weeks ago the Department of Revenue released its annual Tax Incidence Study. The study showed that for 9 out of 10 Minnesotans—those earning less than $140,000 a year—they’re seeing their taxes go down. The study noted that taxes were going down for the vast majority of Minnesotans because of the policies we implemented and because wages are growing.

It’s clear that the policies we enacted are helping more Minnesotans and providing more opportunities to get ahead. The State is on great economic footing too. We have a projected budget surplus of $2 billion that is due to the improving economy and policies put in place.

I want to build a future in Minnesota where more people can get ahead all across our state. That means a Minnesota where we invest in education, from early childhood all the way to accessible and affordable college. We should ensure that when people work hard they can do more than just get by, they should be able to get ahead. That also means that we have a tax code where 9 out of 10 Minnesotans can benefit from a growing economy.

The last thirty years have seen an unraveling of benefits and opportunities for the vast majority of people and a massive increase in the concentration of wealth among a tiny group of people. We can’t count on the economy to do as well as it has the past two years indefinitely. Making drastic cuts to vital services while giving money to corporate special interests or excessive tax cuts for the rich isn’t going to build a stable future where more people have the opportunity to get ahead.