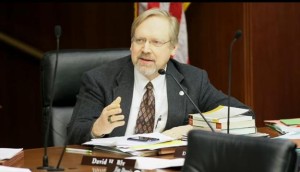 It reflects our focus on creating jobs, balancing Minnesota’s budget without any gimmicks, and making investments that grow the middle class. These investments include making sure our children receive a great education and providing property tax relief to homeowners and businesses.

2) Fully paying back the remaining balance of over $800 million in funding borrowed from Minnesota schools.

3) Investing an additional $1 billion in priorities to strengthen Minnesota’s economic future, including $700 million for early childhood education through post-secondary, $250 million in property tax relief, and $46 million in job creation.

You can hear more about the budget framework by watching my newest video update.

The budget framework is paid for using new revenue, spending cuts, and reforms. Specifically, a temporary income tax surcharge on Minnesotans who earn more than $500,000 per year would pay back the school shift. The surcharge would end once schools are fully repaid, which would occur in two years or sooner.

Additional revenue for investments to spark economic growth would come from asking the richest Minnesotans to pay their fair share in taxes – an idea that polling shows the majority of Minnesotans support and is indicated by Governor Dayton’s 2013 tax incidence study.

These important investments reflect Minnesota values and are paid for with fairness. No one gets excited by tax increases as we emerge from a recession, but as state economist Tom Stinson reminds us, a small increase on the highest earners is less harmful to the economy than cutting jobs and services, which result in an even more rapidly shrinking economy.

Most importantly, we will not take an all-cuts or gimmick-filled approach that voters rejected last fall.

I’m hopeful that lawmakers can reach a consensus that gets Minnesota’s fiscal house in order and sets our state up to thrive for years to come.