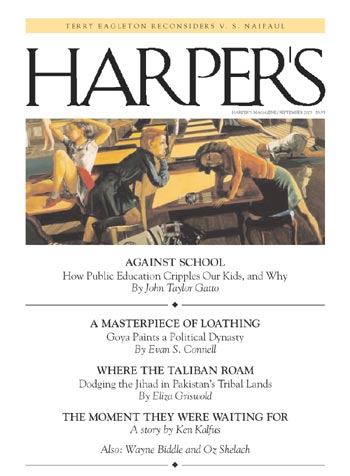 In a recent Harper’s article, award winning teacher John Taylor Gatto, addresses his concerns about the negative effects of schools on children. He paints a picture of a strategy planned by the rich and powerful to produce a mass of consumers who will be obedient and content workers. Although the notion of an intentional conspiracy is far-fetched, I find he makes a convincing argument about what kinds of students our schools turn out – the result is all too apparent. Our society is too complacent and apathetic. Rather than a grand conspiracy, it probably has more to do with the set of beliefs educators go along with and support. Those are the notions of efficiency, mechanism, industrialization, and rationality. 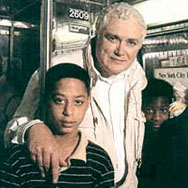 In light of the immense technological and economic changes our society is experiencing, I amfollowing what he is saying about this. Even if one argued that we once needed an educational system that dumbed down students and perpetuates a condition of boredom
to prepare them for mind numbing work, technology demands that that need would now be questioned. He observes:

Class may frame the proposition as when Woodrow Wilson, then President of Princeton University said in 1909, ‘We want one class of persons to have a liberal education, and we want another class of persons, a very much larger class, of necessity, in every society, to forgo the privileges of a liberal education and fit themselves to perform specific manual tasks.’ But the motives behind the disgusting decisions that bring about these ends need not be class-based at all. They can stem purely from fear, or from the by now familiar belief that ‘efficiency’ is the paramount virtue, rather than love, liberty, laughter or hope. Above all, then can stem from simple greed. There were vast fortunes to be made, after all, in an economy based on mass production and organized to favor the large corporation rather than the small business or the family farm.

Gatto argues that the reason for this focus is to create a populace that is willing to consume beyond its ability to pay. He observes that it is obvious that only two types of people will engage in this fervor of consumption — addicts and children,hence the need to transform all citizens into children willing to charge their charge cards to the limit with debt they will never be able to pay, so they can live like the rich they are taught to worship and emulate. These arguments are difficult to dismiss.

The cause of the dumbing down of children is compulsory education, he argues. Forcing children to go to school six hours a day, five days a week, for 13 years makes no sense to him. Gatto cites familiar examples of past American historical and literary figures who have gone on to great success and done just fine, thank you very much, with out mandatory education. He begins the article with a litany of complaints from students and teachers about how insanely boring schooling has become, comments I have heard as well. School is that way for a reason, he argues, to build the stamina and stomach for that grinding mind numbing factory work and which makes them unable to take them selves seriously or do serious work. One of the most refreshing aspects of my career in working with students who have left the traditional system, unable or unwilling to tolerate it, is that they take themselves, education, and life more seriously, because in many cases life forces the seriousness on them.

Gatto recounts the story of how his grandfather cured him of boredom by admonishing him to never use the word in his presence because if he was bored it was no one’s fault but his own and that people who didn’t know that were childish and should be avoided.

He concludes by advising that we should let young people manage themselves, and offers in example the names of David Farragut,
who took command of a ship as a preteen, Thomas Edison, who published a broadsheet at twelve, Ben Franklin who apprenticed himself to a printer at the same age. “Genius is as common as dirt. We suppress our genius because we can’t figure out how to manage a population of educated men and women.” 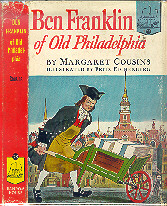 I agree with Gatto in his charge that many policies and systems that favor the privileged and that corporate interests deny freedom and opportunity to others. A fair economic and education system would foster opportunity at all levels not just protect those interests that have power and influence now. But fostering that opportunity demands that we look beyond what will be good just for me. We can’t just think, “I got mine, let others struggle.” We have to continue to create opportunities that made it possible to succeed by investing in education, and preserving the safety net that provides for the basic needs of children and families. We won’t all end up in the same place but we need to make more of an effort to see that we all get a fair start.