Projects are being sought in specific environment and natural resource areas that provide multiple ecological and other public benefits. Proposals responding to the 2011-2012 RFP are due Friday, April 9, 2010. 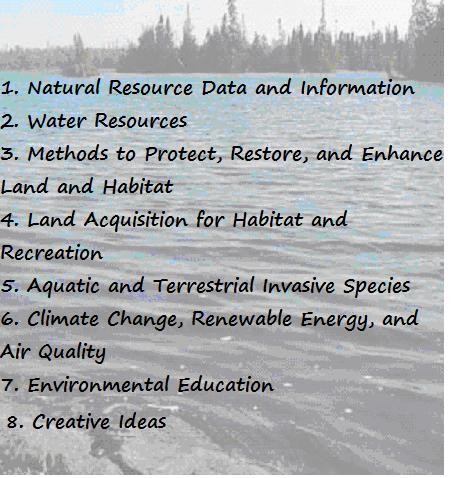 The RFP is being administered by the Legislative Citizen Commission of Minnesota Resources which is made up of 17 members (5 Senators, 5 Representatives, 5 citizens appointed by the governor, and 2 citizens appointed by the Senate and the House). The function of the LCCMR is to make funding recommendations to the Minnesota State Legislature for special environment and natural resource projects, primarily from the Environment and Natural Resources Trust Fund. The LCCMR developed from a program initiated in 1963. Since then over $650 million has been appropriated to more than 1,300 projects recommended to protect and enhance Minnesota’s environment and natural resources.

One thought on “Environment and Natural Resources Trust Fund RFP”