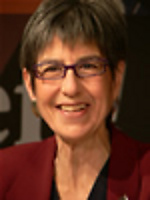 The other day my friend Arnie Arneson, radio host for “Political Chowder” sent me an article from the New Hampshire Portland Press Herald explaining reactions to Gov. Paul LePage’s proposed budget $6.1 billion spending package in which he proposes to raid teacher benefits and pensions to pay for a huge tax cut for wealthy Mainers. Deepening the strains in the ongoing class war.

So I guess Republican governors across the country are hoping to reward their big donors for putting them in office. (Another testament to the role of the Supreme Court in shaping our democracy, from the election of George Bush to the enshrinement of corporate personhood.) Hoping to pound the last nails in the coffin of the middle class.

But Arnie hoped to call my attention to as she put “a new hero”, award-winning librarian, Kelley McDaniel who testified on the Governor’s plan:

“the best way to stimulate the economy is to give modest increases to the poor. Wealthy people tend to hold on to their money, while poor people tend to spend it as they get it. . .

“I don’t think it’s a moral decision, because taking money from people who don’t have much money and giving it to people who have more money than the people you took it from seems, well, greedy,” she said. “Greed is frowned upon in every major world religion — and I don’t think agnostics and atheists look too kindly upon it, either. . .

“Is this about a quid pro quo? A gift from elected officials to wealthy people who have donated, or will donate, to election and re-election campaigns?

“It’s not economically sound. It’s not morally sound. And I think you know that,” she said. “I would be embarrassed to support something so ludicrous — taking from the poor to give to the rich.”

In early January of this year assessing what had happened to me and to other hard working state legislators across the country at the hands of corporate investment. Investments intended to fan the flames of voter anger and blame the government. I realized that this was just part of the ongoing plan put forth by the political allies of Grover Norquist who claim to want to ‘starve the beast’ and shrink government so it can be easily disposed. I was thinking if only I could write a movie script and show how in the corporate boardrooms this plan to destroy our democracy was born.

I was hoping that I could show Americans what it looked like the ‘Super rich” were doing to our country. Wondering if that is what Lloyd Blakenfein of Goldman Sachs, meant when he claimed he was just ‘doing God’s work. ” Makes you wonder what ‘god’ he prays to. Then along came Wisconsin and the Koch Brothers. Fiction could not tell the story more clearly.

The reality is the government they want to flush down the toilet is made up of people like Kelley McDaniel, who wondered at the end of her testimony:

“Maybe you’re testing us, checking to see if we, your constituents, are really paying attention, really listening, I hope that’s what’s going on, because the alternative involves me losing faith in representative government, in democracy and in you, the elected officials.”

I think that is what the Koch brothers and Scott Walker and all those Republican governors are counting on.

One thought on “Finding New Heroes”