I received an interesting report from the Washington, D.C. office of the Institute on Taxation and Economic Policy. In the 2009 edition of Who Pays? A Distributional Analysis of the Tax Systems in All 50 States, it was found that

This table taken from the report shows a breakdown of the state tax burden on each income level: 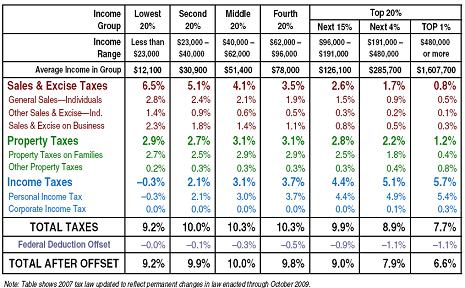