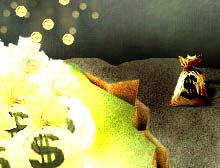 Last night, I attended a Northfield Precinct 2-1, neighborhood meeting hosted by Bill and Janet McGrath, a great idea for promoting citizen action and involvement. It was an open mic event and all were invited to speak. It was so encouraging to hear folks talk about their concern for their community for their state and what has been happening in the state as a result of the last legislative session.

Among the things folks talked about was the Republican directive that every one has to do “More with Less”. To understand the Republican message we have to look at what Republicans say are their priorities and how that matches with their policies, both expressed and enacted. In the last session, they protected those who have power and money, and harmed those who have little.

I’m a teacher, and I’m also a union negotiator in my school district. It’s my job to be a voice for teaches and remind the district of the important job teachers do and the value of keeping quality employees in the district. Republicans say they want quality education, but their policies protect high income folks at the expense of public school teachers and state employees, that came out in their bills proposed this legislation session. Sen. Tom Neuville and Rep. Ray Cox were supporters of these bills. They want state workers to take less. Republicans want to change the terms of negotiation HF. 0330 and SF. 0293., they also eliminated the measure establishing a deadline by which all school district contracts had to be negotiated, an important bargaining point because it put pressure on all parties to get to the real issues and hammer out a deal. They say “we want quality education for our children,” but their policies mean that teachers paid less. They say we, “We want our workers to take home more money”, but through their policies wages are stagnant, and the poor and disabled get less in state aid, and state services for everyone costs more in fees, so what money we do have means less. Why not just pay the workers a living wage in the first place? Shouldn’t workers doing such an important job be able to keep up with the cost of living and a little more?

Unions have changed the terms of employment for all workers. Where did the 40 hour workweek originate? How did workers first get health and retirement benefits? Collective bargaining and employee benefits did not come from management or owners. One of the citizens at the precinct meeting put it well, “Our power is that we do the work in the country, and our strength lies in our seeing, when we stand together we are strong.” Adam Smith, the great free market economist said, “All wealth comes from Labor” and even Lincoln, our greatest Republican President said, Labor is first before property in value. The ideas of today’s Republicans have been twisted by modern supply-siders. Even the Governator,Swartzeneger, gets it wrong.

By cutting taxes, shrinking government. and laying off government employees, Republicans shrink the power and influence of unions. They divide us as a group. They know that State employee unions often set the standard for private sector contracts. If they can decrease the power of those unions they can strengthen their hand, increase their wealth and make us more dependent on them. During the last session both the House and Senate DFL caucuses put forth plans to raise taxes on those who could afford it and protect those middle class and lower income folks who can’t afford it. At a forum at the Methodist church in Northfield both Tom Neuville and Ray Cox said that even though neither took the ‘no tax increase’ pledge they could not support these initiatives because they were not fair. They would only support the bills if everyone were taxed, a sure way to defeat them. Instead of any taxation measure, even one deemed fair by Neuville and Cox, Republicans chose to slash initiatives that help people, a wide group ranging from battered women shelters to farmer cooperatives; they chose to raise fees to make it harder to do most anything if you are financially struggling or out of work. They claim they are protecting workers wages by allowing them to be taxed less.

These examples of Republican actions and impacts are not the politics of fiscal responsibility, they are not the politics of quality education or quality health care or compassionate government but it is the politics of ‘low wages’. Who benefits? Who pays? Those who benefit are that top 10% and particularly that top 1% who control the wealth, who drive the engine of profits and profitability — they can, and they are choosing to increase their profits at your expense. They cut taxes so that they don’t have to raise wages because they’ve found they can pay the same wages but less in taxes and the workers think they get a little more, but owners keep far more. The workers pay in the long run – we all do. 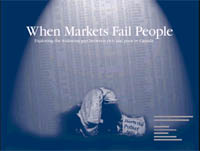