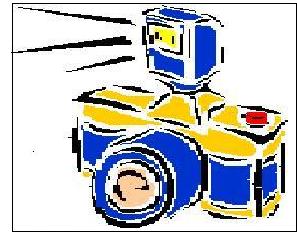 The Snapshot is a new, weekly edition to the blog. It is intended to provide constituents with a glimpse of major pieces of legislation or legislative activity that was discussed in committee(s) during the previous week. For those of you that would like more in-depth coverage of information you can refer to the House website.

The committee has heard Legislative Auditor presentations on the financial and internal controls at the Department of Agriculture and the Minneapolis Veterans Home.

Four House Committees heard and passed a bill this week that would extend unemployment benefits for many Minnesota workers. HF 4 (Mahoney) seeks to help Minnesota workers by making two changes. First, it modifies the definition of “base period” in Minnesota law, which will permit more workers to qualify for the federal extension. Second, it creates an emergency program to provide an extension of unemployment benefits for those who still do not qualify for the federal extension (even with the change in “base period”). The bill was referred to Finance.

Among other issues, the K-12 Education Policy & Oversight Committee discussed concerns about the GRAD test (Graduation-Required Assessment for Diploma). As required under state law, in order to graduate, public high school students in the class of 2010 must score as proficient on the MCA II assessments or they must pass the GRAD exams (a subset of questions on the MCA II assessments in reading and math). There is concern that many high school students may not pass the math test and will not receive their diplomas.

• The committee’s fiscal analyst and the Department of Natural Resources explained performance and zero based budgeting – budgeting for results.

• A graduate student and U of M professor described a technology that produces clean fuels through solar gasification of biomass and a small business entrepreneur representing FreEner-g described MN first solar leasing program and emphasized that it can become an engine for local economic development – only with strong legislative support.

• A research associate for the U.S. Geological Survey summarized the agency’s research on endocrine disrupters in Minnesota, which began in 1994. The investigation found these chemicals concentrated downstream of wastewater treatment plants but also found smaller amounts upstream of any plant. The research is focusing on how these chemicals affect fish, and should be useful for water quality assessments.

A bill (HF 42 -Thissen) that would allow unemployed Minnesotans to receive up to six months of MinnesotaCare benefits received its first hearing in the Health and Human Services Policy and Oversight Committee. Legislators heard testimony that the current system of Unemployment Compensation makes health insurance unaffordable for unemployed persons, whose only health insurance option is COBRA.

The committee has met and heard presentations from multiple interest groups about the arts, natural resources and the cultural heritage of Minnesota.

The Tax Committee heard a presentation this week from the Budget Trends Study Commission. The Commission, which was created by legislation passed in 2007, studied a variety of issues including: the impact of Minnesota’s changing demographics on the budget; revenue volatility; trend growth rates; current spending pressures; long-term revenue forecasts; and projected expenditure obligations.

Key findings from the Commission include: establishing a long-range planning function in state government; minimizing tax exemptions, deductions and credits – they specifically state that pension income should be taxed; increasing the budget reserve to $2.1 billion; and incorporating inflation in the budget forecast.

The Commission also outlined 14 key findings on which their recommendations were based. Several of the findings highlight the significant impact that the aging of Minnesota’s population will have on state expenditures, revenues, economic growth and budget priorities. The findings also address revenue volatility. The Commission found that reducing volatility would require a “dramatic re-weighting of tax revenue sources and a radical change in tax rates.”