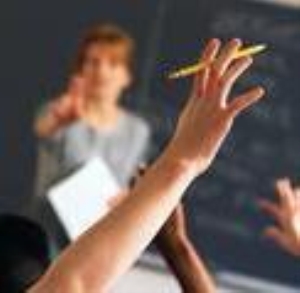 We’ve been hearing a lot of chatter about whether or not there is enough funding for our local schools and whether more funding will help the schools or not. Again you here that tired phrase, “We must live with in our means. We only have so much money.” It is true for some but not for everyone. This is why an income tax approach would be better than the forced decision on property taxes. Let’s face it many of us are strapped, fixed incomes we’ve already had one property tax increase.  But the lack of real funding for our schools is a problem.  Crowded classrooms and loss of programming are just a couple of the problems.  A decision made in our last legislative session not to raise income taxes on our wealthiest Minnesotans who are doing pretty well and instead borrow from our schools has forced school districts not only to renew levies but to expand them.

The Northfield School district is no different. On Nov. 8th, local voters will go to the polls to decide whether or not to raise taxes to help the schools.  This is something the legislature cold have saved us from but their decision forced this tough decision on us.

It all got me thinking about things in a somewhat larger perspective. 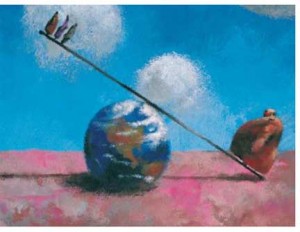 We as Americans and Minnesotans face serious problems in the present and the future. Yet for more than a decade we have been told we should forego planning and the hard work of talking through solutions to problems. Instead we are told we need to put our faith in the magical mystery of markets to save us and give us everything we could ever want and we never have to pay for it.

Some say, Government and all those who get a check from the government are evil, the cause of everything wrong and taxes and regulations are destroying our economy and casting a spell on the fairy dusted market guided by the sacred invisible hand. They argue that the fact that our economy has made a few people exorbitantly rich is proof of its superiority to all other economies.  “If you’re poor blame yourself,” they say. They argue we can afford to bail out banks but just don’t have the money for things that support people. “The solution to unemployment is to cut more jobs because spending is the problem.”  At the same time they ignore the cost of two wars and the tremendous cost of tax cuts to the very wealthy.

We seem to have forgotten what the promise of our country has been about.  “We the people to form a more perfect . . .” the preamble to our constitution begins. It is not, “I the individual . . .” or “I the super rich person . . .” it is

“We the People.” Or as David Cay Johnson put it in an article for Mother Jones, in 2009,

“The preamble to the Constitution tells us the nation’s reason for being in 52 words that be reduced to six principles: society, justice, peace, security, commonwealth and freedom. Individual riches don’t make the list. They are a product of American society, not its guiding purpose. Progress, then, must begin with a return to the best of the values that created this Second American Republic – one born, it’s worth remembering, from the failure of the Articles of Confederation, whose principles (weak government, unfettered capitalism) found their resurrection in the economic policies of the past three decades.”

Taxes in this country (especially for the wealthiest) are at their lowest point in 50 years.  In 2000 the state of Minnesota had a budget surplus and the lowest income gap of any state in the union.  Today we can’t balance our budget; we have trouble finding the funds to pay for the things we need and are forced to turn to property owners to fund them.

Rather than hold on to the surplus for a rainy day money was paid back to taxpayers and taxes on the wealthiest Minnesotans were cut.  Since then our economy has suffered and we have an on going hole in our budget of about a billion dollars. Rather than raise taxes on the wealthiest Minnesotans our government has taken money from every state agency, every school, every account it could get its hands on. 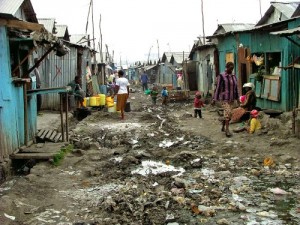 Supporters of this plan say that we have to shrink government and they express frustration that the budget always gets bigger, ignoring that our state gets bigger and costs go up.  The fact is that the cost of state govt. as % of GDP has gone down over the last ten years.  They write letters to the editor saying that workers wages and unions are the reason we are in trouble. They say we can’t raise taxes because the money will just go to pay for greedy teachers or their benefits. They don’t want money to go to people who don’t ‘deserve it’.  I wish they would explain what they mean by those who are unworthy.

Truth is those tax cutters don’t want to pay for the things we truly need and they use anything they can to distract you from that.  There was a time in Feudal Europe when we didn’t need good roads, good schools, affordable healthcare, a clean environment and never bothered with wages at all. We never had the opportunity to question whether or not the Lord of the Manor should pay for services rendered.  He never thought about what was the cost and what should he pay.

Most people contracting to have their house painted wouldn’t think of challenging the bill by saying, “I think you are punishing me for my success. I think I should pay only half of this.”

After several hundred years of history and struggles to create a society that produces an economy where opportunity is possible not magical we believe it should be fair.  But what we see today is an economy that is moving toward rewarding the wealthiest all the profits and the rest of us with all the costs.  Advocates of what has come to be known as trickle down economics tell us that it is a moral question wrapped around the importance of individual freedom.  But in fact it has given the vast majority of us far less freedom and far less opportunity than we had before it was thrust upon us.

We have an amazingly resilient people and an economic system capable with government’s help of providing us with the things we need. I believe we have an obligation to pay for those things which make opportunity possible the roads that goods and workers travel on, schools and teachers to train future workers, health care, environmental protections, rules and regulations that protect us from wrong doers like careless financial speculators, and protects workers from wage gougers and unfair labor practices.  Much of the reason we face this assault on these public goods is because some powerful corporate supporters have gotten very organized to take control of our political system and are working extremely hard to assure that the people can’t get organized.  It’s the plan, there’s nothing magical about it.

provides an educated workforce that businesses seek. Minnesota has long had one of the more well-educated workforces in the country and that has given our state the highest number of Fortune 500 companies per capita in the nation. Education can pull people out of poverty and open new doors of opportunity. Education will be critical for our future research and development projects. That could be anything from alternative energy breakthrough to a cure for cancer.”   Read more.

A recent book, The Spirit Level by Richard Wilkinson discusses the tremendous effect of inequality on our societies.  Why it is so important for us to figure out how to make Minnesota and our country more income equal. As Rep. Ward suggests investing in education is one way. Taxing those who have benefited most is another. If you would like to learn more about Richard Wilkinson’s work on equality here is a link to a TED talk on the subject.

By choosing to do neither our current legislature left us with a very hard choice and one that is likely to worsen the inequality in the short term.  It is a difficult choice but one for the good of the long term I think we must support.

So even if the legislature couldn’t do its job, fortunately we can still vote. Support the school levy with your vote on Nov. 8th.