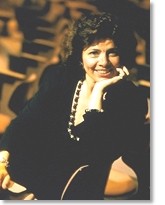 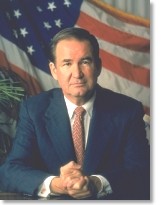 Patrick Buchanan
This was forwarded by Bob Ciernia and has been edited a bit:

The St Olaf Political Awareness Committee is pleased to present a debate on civil liberties between two of America’s foremost scholars in this field, Nadine Strossen and Patrick Buchanan. Strossen and Buchanan will square off in a debate on Tuesday, Nov. 18th at 7:00 PM in Boe Memorial Chapel at St Olaf College. (click here: for a campus map) Entrance is free to all St Olaf students, faculty, and staff, with a St. Olaf I.D. Others may purchase tickets for $5 by calling Janine at 507.646.3045. (Maximum 10 tickets per order.) Space is limited, so call today!

Nadine Strossen is a Professor of Law at NYU Law School. She has served as the first woman President of the American Civil Liberties Union (ACLU) since 1991. (Check out an interview with Strossen) In addition to heading the nation’s oldest civil liberties organization, she travels the world making hundreds of public presentations http://archive.aclu.org/congress/lg061197a.html on topics related to legal issues. She has been named twice to the National Law Journal’s “100 Most Influential Lawyers in America.” She graduated summa cum laude from Harvard College and then served as editor of the Harvard Law Review at Harvard Law School. As a writer, commentator, professor, and lawyer, Strossen has made an unmistakable mark in the legal field.

Patrick Buchanan has been an active politician and commentator for decades. He served as Director of Communications for the Reagan White House. He became Special Assistant to the President in 1969, writing speeches for both the President and Vice President; his role as Special Assistant continued through the Nixon Administration. Buchanan was a Republican presidential candidate in 1992 and 1996, winning the New Hampshire primary against Senator Dole in 1996. In 2000 he left the party for other pursuits. He has also been a very active member of the media, co-hosting radio/television shows and having received the 1977 Morality in Media Award. Buchanan has long been a strong voice in politics, media, and literature.