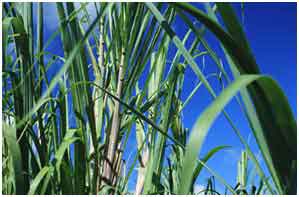 Supporting farmers in Minnesota is a bipartisan issue. We often hear how we should support all kinds of agriculture and I agree. Whether Republicans or Democrats controlled agriculture committees, we’ve been united in our goal to make sure farmers in Minnesota thrive. However, just like you can’’ t fit everything you might want to eat on your plate, sometimes you have to make choices about what you put on your plate or what kind of farming we support on the land.

We have seen policies at both at the state and federal level that try to address concerns about making sure farmers can continue to provide us food we need. I currently serve as DFL lead on the Agriculture Policy committee and I am concerned about what appears to be a disturbing trend that is dividing farmers and legislators alike. We’re told, that in order to help farmers succeed, we should support ‘‘ real’’ farmers and ‘‘ real’’ farmers are farmers that operate bigger and bigger farms.

Over the history of farming we have seen farms get big and small. But getting bigger is frequently described as a trend that makes economic sense. But economic sense for whom? That’s a question that rarely gets asked. Farms of all sizes I talk to have different opinions, but those that manage to remain small don’’ t have access to the same government programs to protect them. However, they are able to stay closer to the land and more sensitive to how it’s used and how that use affects their neighbors and the environment. Processors of farm products tend to like dealing with fewer bigger farms. But we see this trend means fewer people on the land and fewer customers supporting rural economies. It makes me concerned about how we best grow economic development in greater Minnesota.

A number of committee hearings this year have focused on bills and policies to support large-scale industrial farming practices, including industrial feedlots with thousands of animals. Livestock production is a challenging way to make a living for most farmers, in fact many operations were in jeopardy the last few years due to high feed prices and low milk or meat prices. Some small producers if not over regulated can be more resilient.

When we support these livestock farmers , which we should, we often see improved soil and water quality, and increasing profits from more pasture land planted with perennial feed crops. On the other hand, we had testimony from a study sponsored by MN Milk Producers that the optimum size of a dairy farm is at least 2,000 cows. It’s difficult to put that many cows out to pasture. Livestock on the land in smaller numbers as well as perennial crops and pastureland has proven to be beneficial to rejuvenate soil and benefit efforts to improve water quality.

Minnesota has a law known as the Right to Farm statute, which protects most all farms from nuisance laws. As it stands, cattle operations with less than 2,500 cows are protected from neighbors claiming they’re a nuisance. That’s all but about a dozen cattle farms in the state. However, we recently heard a bill to dramatically limit a neighbor’s right to claim cattle operations larger than 2,500 cattle and 3,000 market ready hogs are a nuisance.

The bill would exempt these industrial feedlots from nuisance law suits brought by their neighbors if they just met a state standard for hydrogen sulfide, a gas that’s known to be toxic. Hydrogen sulfide is not associated with an odor, yet these operations produce numerous offensive gasses and large amounts of waste that cause odor. Meeting just one standard doesn’t mean they are no longer a nuisance to their neighbors. A nuisance law suit in this case only allows you to ask the feedlot to do something to abate the nuisance, like put in bio filters to reduce odor. It does not pay you for any damages. Rightly, neighbors are concerned about children with health problems like asthma with these operations. These same neighbors also wonder how to get pet urine odor out of carpet, but that is a different type of sulfides!

This bill was brought to us by a proposed operation, owned by out of state interests, that is currently in the courts with the adjacent landowners. Rarely do we consider a bill that will play a role in ongoing litigation.

As a general principle I don’t think we should take away the rights of citizens to ask a farm operation to limit practices that have a detrimental effect on their livelihood, leaving no recourse other than to move away if they can sell their property. The recent pattern we’ve seen in the agriculture committees has been unsettling. We’re encouraging the creation of ever larger industrial scale operations that may offend their neighbors and aren’t going to have the added public benefits of clean and healthy air, water and soil we seen when we encourage farming practices that are better for the environment, that are better for those living near farms, and that allow more people to work with and care for our precious farmland.

The future of farming in Minnesota shouldn’t be one where we have fewer and fewer farmers acting as stewards of the land. It’s a simple notion, but encouraging more farmers is better for everyone by improving our economy and our environment.  – Rep. David Bly

(This was recently published guest column in the Northfield News and Le Center Leader.)