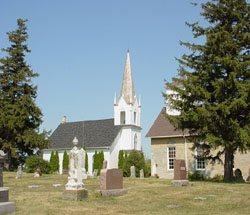 Sunday before last, I took a break from the pressures of a new school year to attend the Valley Grove annual quilt sale and jello contest. 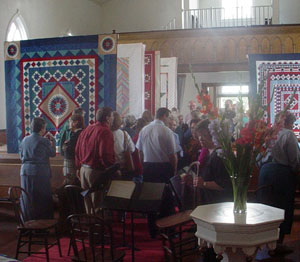 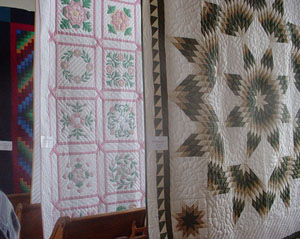 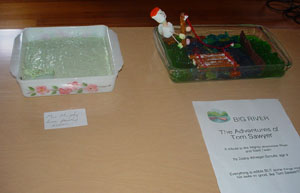 Yes, a jello contest. It honors that “Norwegian” church tradition, the jello that is an essential element of all church gatherings. You’ve all seen the “recipes” in the church cookbooks, you’ve all seen the real thing carefully laid out on the folding tables in the church basement dining hall. The contest poked fun at the tradition and encourages creativity, such as the ‘Huck Finn on the River Jello’ whose creator said, “I think of jello more as an art form than a food” and another entry replicating an Italian grandmother’s recipe. 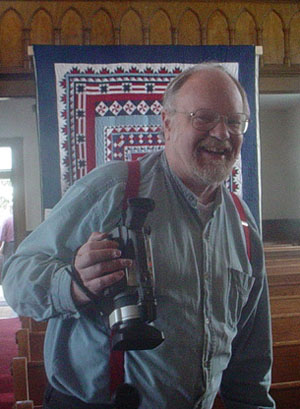 Jonathan Larson, one of the driving forces behind the Valley Grove restoration project also had an entry, a layered green and orange jello mold creation with fruit (mandarin oranges). 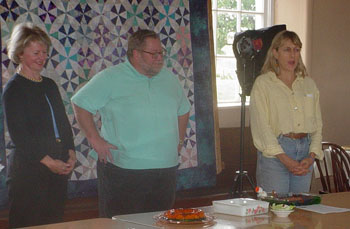 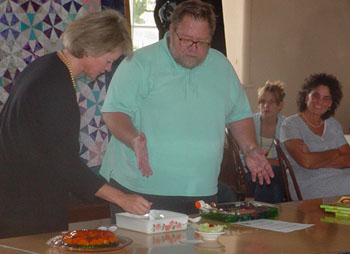 I always enjoy the beautiful scene at the Valley Grove Church, which brings me in my imagination, with pleasure and reverence, a little closer to the boyhood home of Thorstein Veblen,
my favorite economist. I admire his efforts to find a middle ground between Marx and Adam Smith based on his belief in economic policies founded in community. His ideas, no doubt, are extrapolations of the ethics and approach of a successful immigrant farm family, one that understood its place in the grand scheme. He identifies more with the self-sufficient community member more than with the warrior class or the business ethic.

Veblen’s best known book, the “Theory of the Leisure Class,” appeared at the turn of the century at the height of the ‘gilded age’, when a few Americans became extremely rich while many, many others languished in poverty. Veblen was highly critical of their greed and extravagant embelishment of themselves and their property. The age put into motion the progressive movement, which eventually elected Teddy Roosevelt, who used government to curtail the wealthy classes power and influence. Much of what Veblen said then rings true today, as a few of tremendous privilege once again amass great wealth, power and influence.

But my favorite book of Veblen’s is ” The Instinct of Workmanship,” in which he argues for a different view of economic life, not based solely on ‘price’ analysis and business and profit motives. An educator, Veblen was concerned about the big picture and sustainable economies/cultures as opposed to ones that preyed on others until they too were destroyed. He knew that making change, making improvements, often meant changing old habits of thinking and so described tendencies he called instincts that he believed sustain a people.

The first instinct is that of self-preservation, which included all of those behaviors aimed the preservation of the people. Second is the instinct of ‘idle curiosity,’ which included those actions which have no aim but come with interest and awareness of the world and result in all the great discoveries and inventions a people experiences. The third is the instinct of workmanship which is the notion of improving upon ones work, both in the product of work and the efficiency of workmanship. With these ideas he set out to challenge the common economic notion that human beings only work when coerced. He points out that human beings have put forth great effort on work that is of their own making, but find labor irksome when they are directed as a slave by a master. The common notion demeans work. Veblen went on to talk about the importance to a culture of preserving and advancing its technological base. What good are tools if no one knows how to use them?

A beautiful day in a beautiful place what more could anyone ask for. Not only did we see the handiwork of quilts and yes jello, but we were treated to tours of the preservation project lead by Gary Wagenbach, and horse and wagon rides. 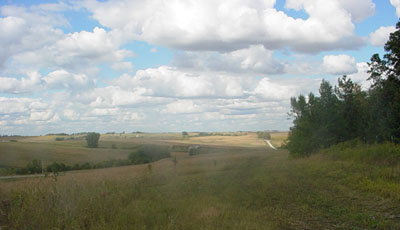 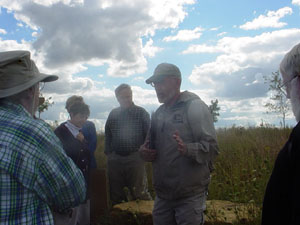 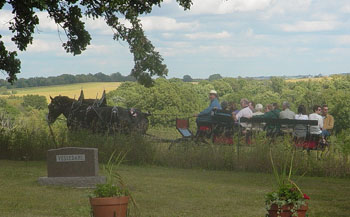