It was the summer of 1969, my brother was getting ready to head off to college; I experienced a political and cultural transformation and so did my community and the country as a whole. We had survived the tumultuous revolutionary year, 1968: The murder of Martin Luther King Jr., the race riots across the country, LBJ announcing he would not run for re-election, the murder of Bobby Kennedy, founding of the American Indian Movement in Minneapolis, the brutality of the Chicago Democratic Convention and the anointing of Richard Nixon.

My community in deep sorrow following Martin Luther King’s death decided to participate in a program to bring African American, Latino and Native American youth to attend my local High School hopefully to get ‘A Better Chance’ in life.

Without going into all the details this of course challenged the contented life of my small Minnesota town that already struggled to bring together the colleges and the multifaceted rural community that surrounded them. But as luck would have it, I became fast friends with several of the young men who entered my junior year with high hopes of a great future. One invited me that summer to visit him in Richmond, California, which after discussing with my mother I decided to do. I did not tell my mother my plan was to pack up my backpack and hitch hike there. 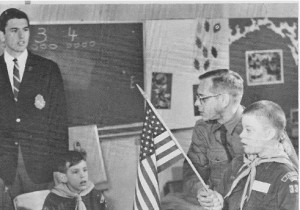 My father having died that previous year of a heart attack was not around to talk sense in to us. But perhaps he would have supported the plan, he told me in confidence that he had found the courage to face death on his own terms by listening to Martin Luther King face death in his struggle for civil rights and my father wished he could have done more to contribute to that struggle. This perhaps contributed to my openness in accepting my new classmates.

Associating with them changed my perspective in so many ways it is difficult to describe succinctly but one incident sticks out in my mind. It occurred during my visit to Richmond. While there I was primarily in the company and cared for by African American’s. My friend’s family embraced me and took my ‘racial education’ very seriously. They were touched by my interest and my willingness to be completely enveloped by them. The lesson came from my friend’s mother who was raising four children alone, her husband committed to a mental institution after falling to mental illness. So my friend, Roderick, essentially was fatherless too.

His mother, Mildred, worked in social services for the city and when I met her she looked to me like someone who was starving herself to feed her children. She invited me to join her at a community meeting one evening – to further my education in urban and racial politics. It was meeting where the city was proposing a development that was going to disrupt a Hispanic neighborhood and several residents of the neighborhood had come forward to speak for their concerns. It was my first exposure to real democracy, something I had previously only read about, at school. 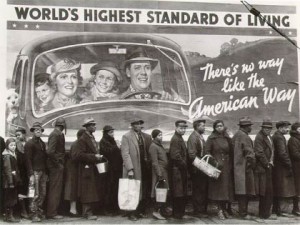 Mildred expressed her frustration with the people, and their struggle. It was easy to see why, they were disorganized, had not chosen a spokesperson, many did not speak English and seemed unprepared to speak to their concerns but they were there to be heard, and they would be heard. It struck me not even knowing their cause how courageous their efforts were. They had no power but in speaking out and standing up for what they believed to be just; and because our system demanded it, because they were there and politely respected the process, they would be heard. Their voices would be heard no matter if the powers in the room wanted to hear them or would heed their concerns and regardless of the fact that once they were heard they could so easily be ignored. But this was 1969 in this time of heightened sensitivity it would not be easy for council members to just ignore them. They were asked questions and encouraged to clarify their positions. It seemed to me that Justice demanded that at least they be heard. But it would not have happened had they not had the courage to first stand up.

This lesson left me with an awareness of how important it is to articulate your concerns and how important it is to protect fundamental values that have shaped our democratic principles. I am sure it is why politics has held my interest for so long and why I believe so strongly in the importance of society that honors economic justice and opportunity. Why it is so critical that we protect the fruits of the struggle that like the bough of an immense tree follow the long arc of history to the point we find ourselves. A moment in our history, once more when it seems that all could be lost if we can’t remind ourselves of the difference between the power of people and the power of wealth, which is what I believe is the most important principle guiding the signers of the Declaration of Independence and the framers of our Constitution. This must be why the preamble begins “We the People . . .”

We have waged a monumental struggle from the very beginning of our nation’s history to find justice sometimes failing and sometimes succeeding – sometimes struggling against ourselves, but continuing to struggle forward. The argument I make in this book is my contribution to that struggle for justice and opportunity for all people that I have been blessed to walk along side of in this life. 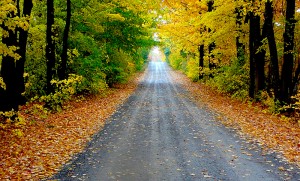 all to dream of rising and offering a better life to their children. Not a society created separate and unequal without hope and possibility. Through the establishment of fundamental democratic institutions and personal effort we can all strive to better ourselves, and our society.

At the same time there has always existed the forces that would destroy that opportunity and that dream of a better life for most of us. These are the forces whose voices tell us that, “we must live with in our means” that government spending is evil and cutting taxes is the only policy to pursue. These voices have been dominant in recent times and they are driving us toward that society of separate and unequal citizens and a destruction of those institutions, those building blocks of middle class society, which I believe we must now once again champion and build up to “ensure a more perfect union.”